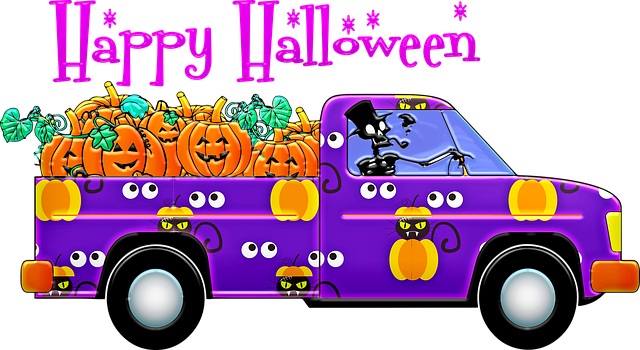 It’s always a good idea to have a bit of trivia on hand to entertain customers at your small business.  Here we’ve compiled ten fun facts about the history and traditions of one of our favorite holidays.

1. “In medieval Britain, ‘Halloween’ was the eve of the Catholic festival All Saints or All-Hallows (from Old English ‘Holy Man’) on 1 November, and was followed by the feast of All Souls on 2 November.”

2. “Much of the modern supernatural lore surrounding Halloween was invented as recently as the 19th century. Scots and Irish settlers brought the custom of Mischief Night visiting to North America, where it became known as ‘trick or treat’.”

3. “In the United States, the first citywide celebration of Halloween was in Anoka, Minnesota in 1921.”

4. “Dressing up in costumes was once a way to hide from ghosts. The tradition originated as a way for the Celtic and other European people to hide from the spirits who returned at this time of year. People wore masks when they left their homes after dark so the ghosts would think they were fellow spirits.”

5. “Cats have been part of the history of Halloween for centuries. During the ancient Celtic festival of Samhain, priests used cats as part of a ritual to try to predict the future.”

6. “The word “witch” comes from the Old English wicce, meaning “wise woman.” In fact, wiccan were highly respected people at one time. According to popular belief, witches held one of their two main meetings, or sabbats, on Halloween night.”

7. “According to Irish legend, Jack O’Lanterns are named after a stingy man named Jack who, because he tricked the devil several times, was forbidden entrance into both heaven and hell. He was condemned to wander the Earth, waving his lantern to lead people away from their paths.”

9. “Americans spend about $86.79 on Halloween every year. That includes Halloween decorations, candy, costumes, and cards by the NRF definition. (If you're curious how that compares to Christmas, Americans spent an average of $1,007 on winter holidays in 2018.)”

10. “Candy corn was originally called "chicken feed." The Goelitz Confectionery Company sold boxes with a rooster on the front in order to appeal to America's agricultural roots, according to National Geographic. The sugary recipe has gone largely unchanged since the 1880s.”

Don’t be scared…..click below to apply for a merchant cash advance today!