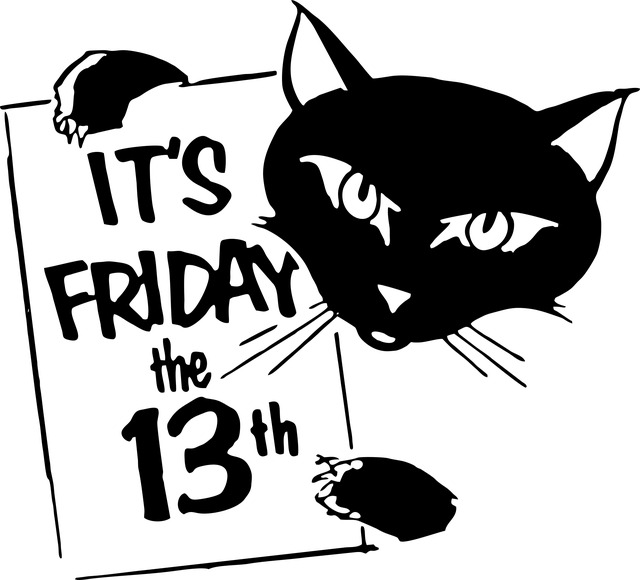 Happy Friday, the 13th! While the day is commonly known as a day of bad luck and something to fear, it is most curious where these superstitions come from. Here are a few fun facts about Friday the 13th.

There is only one Friday the 13th this year! Sometimes there are up to 4 in a year, but this year is different.

Months that begin on a Sunday will always have the date!

Alfred Hitchcock was born on Friday the 13th.

There is very little evidence supporting that it is an unlucky day, and it is not really known why the day is so feared. It is thought that the fear of the day comes from the 19th century.

The day has inspired a 12-film series that is one of the highest-grossing horror film series in existence.

Stocks drop about 0.5% on Friday the 13th, sometimes more.

Heavy metal was born on Friday the 13th, with Black Sabbath's self-titled album debuting in 1970.