May The 4th Be With You: 10 Star Wars Fun Facts

With a clever play on the famous phrase “may the force be with you”, May 4th has become a day for fans to celebrate everything Star Wars.  Many small businesses celebrate with Star Wars themed specials, costume contests and decorations.  Here are 10 fun facts to share with your customers this May 4th.

2. The alien race of E.T.: The Extra-Terrestrial makes an appearance in Episode I: The Phantom Menace — officially connecting the worlds of Lucas and Spielberg sci-fi. A senator and his delegation from planet Brodo Asogi are present in the Grand Convocation Chamber when Queen Amidala calls for a vote of no confidence. – Mashable

3. Though equally inspired by fairy tales, westerns, and 1930s sci-fi serials, George Lucas based the framework of the story for the original Star Wars (1977) around the theories of Joseph Campbell’s book, The Hero with a Thousand Faces. – Mental Floss

4. Less than 40 theaters agreed to book showings of Star Wars after its release date was moved up to before Memorial Day (the studio thought it would bomb in a crowded summer movie slate). – Mental Floss

5. How do you capture a presence as big as Darth Vader? Cast four men. The on-screen body of Vader is six-foot-five bodybuilder David Prowse; his stunt double for action scenes is professional fencer Bob Anderson; the voice of Vader is the great James Earl Jones; and the de-helmeted face of Vader in Return of The Jedi is Sebastian Shaw. – Readers Digest

6. The final victory song sung by the Ewoks at the end of Jedi was written by the same dude who wrote “Africa”: Joseph Williams, lead singer of Toto and son of legendary composer John Williams. I guess it rains down in Eeeendoooooore. – Readers Digest

7. Yoda was almost portrayed by a monkey. “We thought, ‘Maybe if we trained a monkey, put him in an outfit, and then animated the lips,'” recalled director Irvin Kershner in an interview. – StarWars.com

8. Chewbacca’s fur in The Force Awakens is actually yak belly fur. The Crafting Creatures featurette revealed this secret. The yak belly fur is attached to a knitted wool suit, the same as it was in A New Hope. – StarWars.com

9. Of course, the one who made the most money off of Star Wars was creator George Lucas who brilliantly negotiated to reduce his director’s fee of $500,000 to $150,000 in exchange for 100% of the rights to all merchandise and future sequels. The Star Wars franchise has since gone on to earn $27 billion worldwide, so that was an inspired bit of thinking. Pretty crazy to think that stroke of genius came from the same mind that brought us Jar-Jar. – Factinate

10. Wedge Antilles, the famed X-Wing pilot, was the only background character who got to survive Yavin, Hoth, and Endor – the three major battles in the original trilogy. – Factinate

Click Below For Tips On Maximizing Your Holiday Revenue 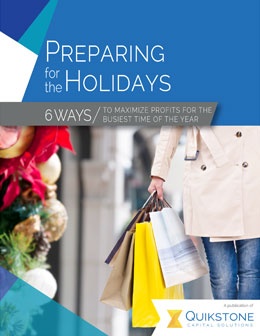