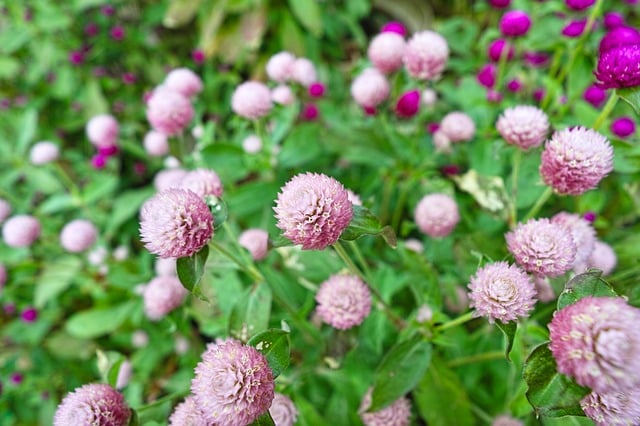 Ancient grains continue to grow in popularity due to their many culinary uses and health benefits.  Primarily gluten free, ancient grains offer a great alternative to wheat.  Those in the food industry stand to capitalize by incorporating these ingredients into their dishes.  So let’s take a look at some of the benefits, uses and history of the seven ancient grains.

Amaranth is gluten free, which instantly boosts its appeal with so many people seeking out these options whether they have an allergy or not.  It is also very high in fiber, calcium, iron, potassium and protein.  All desirable components craved by an increasingly health conscious society.  It can be used much in same way as oatmeal or as bread crumbs.  It can be processed into a flour to create different breads and pizza dough.  It can even be used as a salad topping to add an extra nutritional boost.  “Amaranth originated in America and is one of the oldest food crops in the world, with evidence of its cultivation reaching back as far as 6700 BC.”

Because of its high magnesium content, millet is an extremely heart healthy food.  It can help to lower blood pressure and even aid in blood vessel function.  With heart disease being the number one cause of death in the United States, you can see why this would be a desirable ingredient.  Millet is best used by steaming it and serving it like rice or as a salad addition, but it can also be used in soup or to make bread.  “Pearl or cattail millet (Pennisetum glaucum) originated in the African savannah and has grown since prehistoric time. It is grown extensively in Africa, Asia, India and Near East as a food grain. It was introduced into the United States at an early date but was seldom grown until 1875.”

Kamut is high in both fiber and protein, making it an ideal addition to your list of ingredients.  It is also high in healthy fatty acids that can help to boost your immune system.  It is also high in antioxidants, which have a variety of benefits and can help to ease stomach ailments.  Kamut is a good replacement for those with wheat allergies and is best used in cakes and pasta.  “Research revealed that wheats of this type originated in the fertile crescent area which runs from Egypt to the Tigris-Euphrates valley. The Quinns coined the trade name "Kamut" an ancient Egyptian word for wheat. Egyptologists claim the root meaning of Kamut is Soul of the Earth.”

Sorghum is extremely high in fiber, delivering about half of the recommended daily value.  This makes it one of the best grains for digestive health.  In addition to that, it can help to regulate blood sugar and improve your circulation.  Sorghum can be used in a variety of different breads, cereals and crackers.  “The earliest known record of sorghum comes from an archeological dig at Nabta Playa, near the Egyptian-Sudanese border, dated 8,000 B.C. Sorghum spread throughout Africa, and along the way, adapted to a wide range of environments from the highlands of Ethiopia to the semi-arid Sahel.”

Teff is known to be high in dietary fiber, iron and calcium.  It’s also gluten free.  It can be made into polenta and can be used in a variety of baked goods.  Teff promotes healthy circulation and can even help you lose weight because of its fiber and nutrient content.  “Teff comes to us from Ethiopia. Its tiny size (less than 1mm in diameter) has led some to believe that its name comes from the Amharic word for “lost.” Teff is relatively new to developing countries but thrives in Ethiopia and has for some time. It perfectly fits the semi-nomadic lifestyle.”

Farro is actually a form of wheat and a big part of many Mediterranean diets.  It is a low-calorie option that is rich in both protein and fiber.  It is also high in B vitamins, which can aid in brain health and improve your metabolism.  With its chewy texture it is great when used as risotto and in soups.  “Farro originated in the Fertile Crescent, where it has been found in the tombs of Egyptian kings and is said to have fed the Roman Legions. Italians have dined on farro for centuries. Now, with the revival of interest in whole grains, farro's popularity is gaining in the U.S. as well.”

Freekah is quite high in protein, iron, calcium and zinc.  It helps to ease digestive issues and can aid in weight loss.  The antioxidants contained in freekeh can also contribute to the health of your eyes.  “According to legend, Freekeh originated by accident when an ancient Middle Eastern village was attacked and their young wheat fields were set ablaze. In attempts to salvage their crops, the villagers rubbed away the burnt chaff and found that the roasted kernels inside were delicious!”

Quikstone Capital has been in business for more than a decade and we’re in it for the long haul. We partner with our merchants to achieve success and their success is a direct reflection on us.  Quikstone Capital will never put a merchant in a position to fail under the weight of its own debt. Our product is designed for projects that help a merchant’s business grow and increase sales.